Happy Thursday TV fans! After watching The CW’s The 100 season 7 episode 3, I was reminded that “wanting to die and facing it are two different things.”

Please note spoilers are ahead if you have not gotten a chance to watch the latest episode yet.

In last night’s episode, “False Gods,” Raven makes a tough decision for the good of Sanctum, but has she crossed a line in doing so? Meanwhile, Clarke deals with her own actions and Wonkru learns the truth about Madi.

“Either we live together or die apart.”

I don’t know about you, but I found myself repeating Jack Shephard’s infamous line from LOST: “Live together, die alone,” but I suppose Russell Prime (Sheiheda) changed it up just enough…

Either way, Russell is about to be burned at the stake, but things get complicated when there is a divide between Sanctum. Clarke realizes that they will now need to keep Russell alive, which means that Sheidheda’s plan is working all to well.

“Fighting is what we are.”

During the episode, Clarke deals with the consequences of her actions, realizing that she lost herself when she called for Russell’s life. She stands before her mother’s grave and tells her that she will do her best to make her proud, but Clarke is clearly having a tough time here.

Clarke comes to the realization that they keep ending up in the same place and that perhaps “fighting is what they are.” We know that the end is in sight here, but is there a way for Clarke to help her people finally find some kind of normalcy and peace? Let’s hope so.

I am also loving the new friendship between Clarke and Gaia and perhaps there is a little bit more here to ship. I’m a Bellarke fan for life, but I can’t ignore some of the vibes being thrown our way.

Oh, is that all. As if Sanctum doesn’t have enough to deal with, Raven stumbles upon an unstable reactor that could destroy everyone. She is faced with a difficult task, but is up for the challenge with Memori’s help, but I’m not sure that everyone is going to make it.

Either way, let’s keep giving Raven and Memori screen time because they deserve it!

“We cannot ask The Commander because there is no Commander!”

Well, that makes things complicated. Raven is looking for members of Wonkru to volunteer as tribute to help her fix the reactor and she wants people she can trust. Indra, Clarke, and Gaia clash over whether or not to involve Madi, but Gaia ultimately decides to tell everyone that there is no more Commander.

Wonkru is outraged and Indra points out, “You just lost Wonkru.” There is now an even greater divide among the people in Sanctum, which I’m sure Sheidheda will use to his advantage.

“You’re the Queen of doing the impossible.”

That’s a great way to describe our girl, Raven and our favorite cockroach is back in action as well. Only, the moral compass is certainly wavering back and forth here. After convincing the prisoners to help with the cause, Raven fails to mention how dangerous this task really is.

Since Murphy and Emori have Nightblood, they will most likely be fine with some radiation exposure, but others won’t be so lucky. Things get beyond tense when Murphy and Emori work to bring down the pressure, but when everyone starts getting sick, Raven realizes that the radiation is leaking more than she realized.

She recognizes that the prisoners will die and Murphy tries to get her to see reason and even points out that perhaps she can get in there and fix what is wrong. Raven clings to the delegation role here; however, and the few prisoners lose their lives in order to save the many.

Raven has done the impossible again to save her people, but has she just crossed a line? We’ll have to wait and see, but I don’t think things are going to calm down at all on Sanctum.

May we meet again.

I hope you enjoyed the list and feel free to post your own thoughts and theories on The 100 in the comments section below.  Thanks so much for reading and happy viewing!

PLAY BY THE RULES…STAY ALIVE… 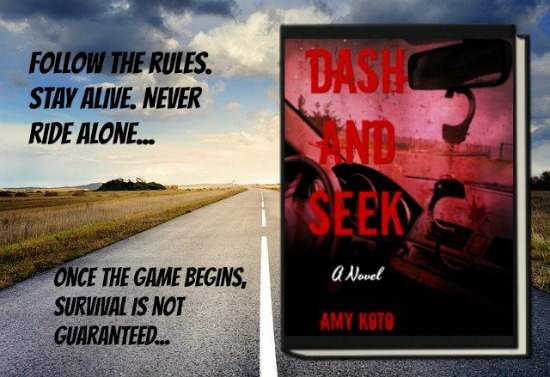 A harmless night of fun turns deadly for six college friends but the game has only just begun. Take a mystery thrill ride right from your own living room. Dash and Seek is out now!

PLAY IF YOU DARE…

Do you love horror series? Of course you do! Please also check out 12 Nights of Horror Series Coming Soon. It’s your home for everything you need to know about new and returning horror television series including new trailers, premiere dates, reviews, recaps, and renewals!