Happy Wednesday TV fans!  After watching TV Land’s Younger season 5 episode 11, I realized that sometimes we need to recognize a way out of a fantasy before it is too late and reality strikes.  We may want to hold on to it for just a little while longer, but we need to accept when we have come to the end of the road…even if it is a “beautiful, beautiful road.”  Please note spoilers are ahead if you have not gotten a chance to watch the latest episode yet.  In last night’s episode, “Fraudlein,” Millennial and Empirical Press head to Frankfurt, Germany and are in for some unexpected surprises.  Meanwhile, Liza tries to stick to her decision about Charles, Kelsey realizes she may have misjudged Zane, and Diana steals the spotlight.  My top 5 moments from Younger season 5 episode 11 are:

“Do you know how much sperm costs?”

While everyone else is off in Frankfurt, Maggie and Malky host a dinner for Josh and Lauren to make up for the disaster last time, but the drama is far from over when Malky explains that she is ready to have a child, blind sighting Maggie.  Malky starts talking to Josh about potentially using his sperm for the child and Maggie is not ready yet for this conversation.  While it seemed like Maggie and Malky were off to a good start, there is clearly a lot they need to discuss since they are both not on the same page.

“That is a Frankfurt freebie.”

When everyone goes out for drinks in Frankfurt, Diana and Cheryl Sussman steal the show when they appear on stage and give us a delightful cabaret performance.  Everyone is thoroughly entertained until Cheryl takes it a step too far and gives Charles a “Frankfurt freebie.”  Poor Charles makes the innocent mistake of asking Cheryl what that is, as she plants a big kiss on his lips, causing him to leave the party.  While I felt bad for Charles, this moment was absolutely hilarious and I have to say that Diana and Cheryl make quite the team.

While everyone is out, Kelsey has a little bit too much to drink and a stranger begins coming on to her a little too strongly.  Zane steps in to protect her and ends up punching the guy in the face and escorting Kelsey to bed.  Zane proves to be a perfect gentlemen and Kelsey realizes that she might have completely misjudged him.  It’s about time Kelsey!  While Zane had good intentions, he later realizes that the man he punched in the face is his potential new client.  Zane awkwardly apologizes to him, but it’s safe to say he may not be landing this new deal.  Let’s hope that he can get the girl; however, as I have been anxiously waiting for him and Kelsey to realize that they are absolutely perfect for one another.  Swoon!

While Charles respects Liza’s decision to put things on pause for the moment, they both find it extremely difficult to stick with this decision, especially when Liza shows up at Charles’s hotel room.  Charles tells Liza, “I can’t promise I won’t try to kiss you,” and Liza passionately kisses him in the doorway.  Earlier in the episode, Cheryl Sussman approached Liza about working for her at Plaza and reminded her that she would no longer need to lie about her age.  Liza has been dodging bullets left and right with this lie and it’s only a matter of time before the truth comes crashing down on her, which would impact Charles and Kelsey too.  Liza discusses it all with Charles and they both agree that it is for the best.  Liza accepts the job offer, but can Liza really trust Cheryl?  After all, she has now discovered the relationship between Liza and Charles.  Will she use this information to her advantage?  We’ll have to stay tuned to find out.

“We’ve come to the end of this road.”

Now that Liza has made the decision to take the job at Plaza, she fills Kelsey in on the plan.  Kelsey is beyond crushed and tells Liza, “There has to be another way,” in the middle of tears.  Liza and Kelsey hug, continuing to stick by each other’s side, but is this really the end for our favorite duo in publishing?  We know that Liza and Kelsey have a beautiful and strong friendship, but will Millennial be able to survive without Liza?  How will everyone else react to the news of Liza’s departure?  Stay tuned for the season finale next week!

I hope you enjoyed the list and feel free to post your own theories and thoughts on Younger below in the comments section.  Thanks so much for reading and happy viewing! 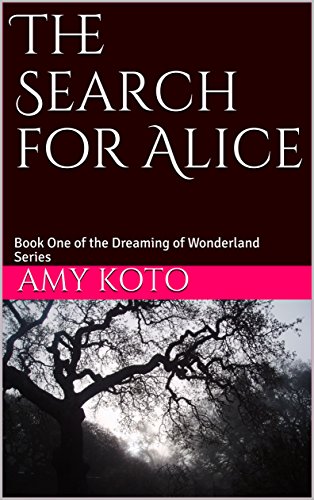