Cheryl and Toni on Riverdale, better known as Choni!  So, lately my heart has been sinking because my favorite couple on the show has been drifting apart and I feared that they might break up forever.  Cheryl channeled her rage into the Heathers musical in episode, “BIG FUN,” and Toni has been searching for her own identity for a few episodes now.  Cheryl and Toni continued to clash during the musical, which led to some serious tension, as Cheryl began resorting back to her mean girl ways.  However, Toni later approached Cheryl to get to the root cause of Cheryl’s anger, revealing a lot about what Cheryl thinks about love.  This gave Choni fans the opportunity to see a glimmer of hope and love between these two.  It doesn’t always have to be “all or nothing,” as relationships are about compromise as well.

The epic kiss between these two reminded us that the passionate spark has not burned out just yet and hopefully Cheryl and Toni can work together to build back an even stronger relationship.  Cheryl and Toni have a love that is passionate and beautiful, but it is much more than the steamy moments together.  Toni has been such an important influence on Cheryl’s life, showing her that she does not always need to keep her guard up.  In return, Cheryl has provided Toni with the opportunity to truly show off her talent, always seeing the potential and the good in her, which has helped Toni believe in herself.

What’s next for Choni?  We’ll have to stay tuned to find out, but I would love to see these two continue to build up their relationship.  Cheryl and Toni are both very passionate women and sometimes tempers flare, but I’m hoping that they can talk things out, rather than pushing each other away, because these two are absolutely end game for me!

Stay tuned for a recognized Ship on TV each week!

Have a Ship that you think is absolutely swoon-worthy? Feel free to contact me with your nomination for the week by Friday at midnight!

**I am so excited to announce that my book, The Search for Alice, is now available!  If you enjoy dark fantasy, fairy-tale retellings, paranormal romance, horror, and mystery, then this might be the book for you or someone you know!  Thank you for taking the time to check it out and I appreciate any feedback as well.  I hope you enjoy! 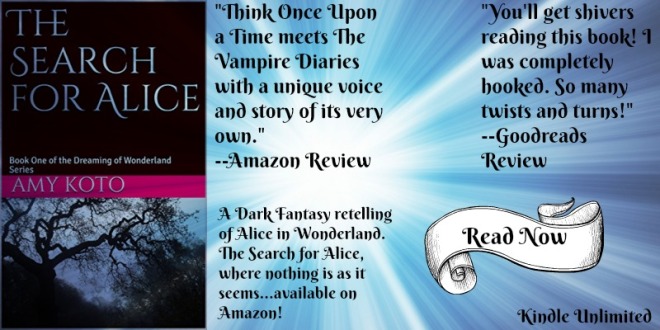 Happy Thursday TV fans!  After watching the CW’s Riverdale season 3 episode 16, I remembered why I love Riverdale so much.  It’s not always easy to do a musical episode, even though some shows have done an amazing job in the past, but Riverdale continues to provide us with the “BIG FUN” for sure.  It doesn’t feel forced or out of place, it just works and it gives us some great entertainment along the way, while continuing to further the plot.  Please note spoilers are ahead if you have not gotten a chance to watch yet.  In last night’s episode, “Chapter Fifty-One:  BIG FUN,” our characters participate in the Heathers musical, but are in for a surprise when Evelyn Evernever is announced as the co-director of the play.  Meanwhile, Veronica’s family begins to fall apart, Toni and Cheryl have a dance-off filled with attitude, and Jughead tries to follow up on a lead that could tie back to his mother.  My top 5 moments from Riverdale season 3 episode 16 are:

Even though we have a fabulous musical going on, the drama continues between some of our favorite couples.  The cat is out of the bag, thanks to Evelyn’s obnoxious share time circle, and everyone now knows about Archie and Josie.  Veronica takes the news surprisingly well, but she is distracted with her own issues at home.  Is Archosie just “two lonely souls filling a void” or is there something more here?  Archie suggests that they take that leap of faith together and find out who they are as a couple.  Even though Josie is hesitant at first, it looks like Archosie is still going strong for now.

“You make me feel better.”

During the episode, Veronica finds out that her parents are separating and she is devastated by the news.  Even though the Lodge family is far from perfect, Veronica insists that they can all work together as a family, but Hiram coldly tells her that he knows about Hermione trying to have him killed and tells her that they are not a family anymore.  Veroncia requests that they show up one final time together at the musical so she can try and hold on to some kind of happy memory, which they agree to for their daughter’s sake, but Hiram is not someone you want to cross.  Now that he knows that his wife has betrayed him, what will be his next move?  Meanwhile, Veronica runs back into the arms of Reggie during all of this, desperately trying to feel something, but she realizes that Reggie has stronger feelings for her and that maybe this wasn’t the best decision, even though Veggie fans are rooting for them.  Are they end game?  I’m not so sure about that, but Reggie thinks that they should cool it for a while until Veronica can figure out what she wants.

Jughead finds out that his old trailer could be potentially used to make drugs and he is beyond upset.  Jughead still clings to many memories here, but he also wants to stop his mother’s drug operation.  Betty gives him some advice and explains that he can just let it go, but it looks like Betty is starting a trend of burning things to the ground.  Even though burning the trailer brings Bughead closer, I am worried that Betty’s darkness has re-surfaced, but will she take this rage out on the Farm or on someone she loves?

While everyone practices for the musical, Cheryl shows off that she is the ultimate HBIC or the “demon queen of high school,” as if she were made for the role of Heather Chandler.  However, Cheryl is less than thrilled when Kevin announces that Toni will be the choreographer.  Toni and Cheryl continue to clash during a dance-off and the tension escalates when Toni wears a red ensemble, as Cheryl reminds her that “I am red…here, I invented red.”  The bitch is back and I wasn’t really liking it, as Cheryl has come so far with the help of Toni.  Fear not Choni fans, Toni gives Cheryl an olive branch of sorts and the two finally talk about their fight, suggesting that it is not too late for them after all.  Cheryl is used to an “all or nothing” approach to love, but Toni tries to remind her that this is not always the way.  Our favorite couple is reunited and they even share a kiss, having Choni fans cheering everywhere.

Evelyn has been announced as the co-director of the play, which Betty is not thrilled about at all, recognizing an ulterior motive here.  Betty puts her spy skills to the test and finds out that Evelyn has been inducting some of her classmates into the Farm, but Principal Weatherbee seems unconvinced by Betty’s evidence, suggesting that perhaps he is also caught up with the Farm.  At the end of the musical, a slow clap begins, as Edgar Evernever, played by One Tree Hill’s Chad Michael Murray, stands up.  Others follow his lead, suggesting that the Farm is everywhere, but will Betty and Jughead be able to get to the bottom of this now that Edgar is out in the open?  Stay tuned!

I hope you enjoyed the list and feel free to post your own thoughts and theories on Riverdale in the comments section below.  Thanks so much for reading and happy viewing!

**I am so excited to announce that my book, The Search for Alice, is now available!  If you enjoy dark fantasy, fairy-tale retellings, paranormal romance, horror, and mystery, then this might be the book for you or someone you know!  Thank you for taking the time to check it out and I appreciate any feedback as well.  I hope you enjoy!